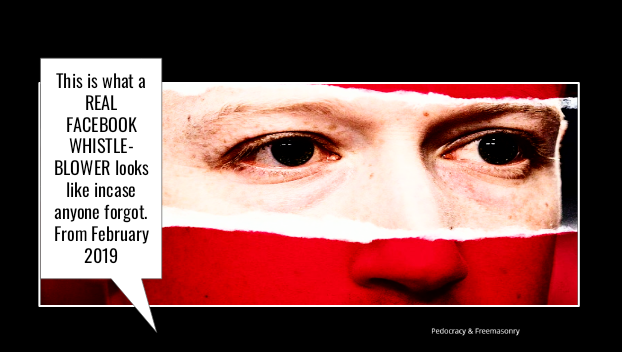 Despite WHO preaching during COVID, 21 of its employees allegedly committed heinous sex crimes

The World Health Organization is one of many groups that have attempted to take the moral high ground throughout the COVID-19 pandemic. A new report, however, has alleged that multiple WHO employees maliciously abused women they were supposed to be helping.

Read more: In Tedros’ mind, countries like America are evil for not providing the rest of the world with a vaccine we created. Meanwhile, his employees were raping African women during the last four years instead of helping fight a disease that is far more deadly than COVID-19.

Facebook whistleblower reveals use of ‘deboosting’ tools on platform

Transparency group Project Veritas has exposed what it claims is a series of tools used by Facebook to target conservative pages and restrict their content, without warning.

They include classing posts as hate speech, limiting livestreams and suppressing the reach of posts.

This above is from February 2019. It is quite similar to this from October 2021 following …

‘[T]he incentives are misaligned, right?’ says former product manager Frances Haugen. ‘Like, Facebook makes more money when you consume more content. People enjoy engaging with things that elicit an emotional reaction. And the more anger that they get exposed to, the more they interact and the more they consume.’

Facebook prematurely turned off safeguards designed to thwart misinformation and rabble rousing after Joe Biden defeated Donald Trump in last year’s presidential election in a moneymaking move that a company whistleblower alleges contributed to the deadly Jan. 6 invasion of the U.S. Capitol.

Read more: The “60 Minutes” interview intensifies the spotlight already glaring on Facebook as lawmakers and regulators around the world scrutinize the social networking’s immense power to shape opinions and its polarizing effects on society.

What is going on in Australia?

Big pharma, the government and mainstream media have been working overtime to deploy messages of fear and guilt to coerce the public to get the Covid-19 vaccine. This is something that has been taking place worldwide.

Over 70 percent of Australian aboriginals are not afraid to refuse the covid vaccines and live a normal life, free of fear. As a result, these indigenous people were marked as “priority groups” when the vaccines were first rolled out.

Get the Jab or Get a New Job, UK Health Secretary Tells Care Home Staff

Health Secretary Sajid Javid has told unvaccinated care home staff to “get vaccinated” or “go and get another job” as the deadline for care staff to be double vaccinated against the Chinese coronavirus approaches.

British MPs in the House of Commons voted in July to make vaccination a condition of employment for staff in Care Quality Commission (CQC) registered care homes. Staff must have had their first shot by September 16th to have their second by November 11th, in order to fulfil the legal requirement. The government had estimated during the summer that as many as 40,000 carers could be unvaccinated by the time the law comes into force.