Advisory health authorities have proven to be mass murderers with depopulation on the agenda.
#WHO 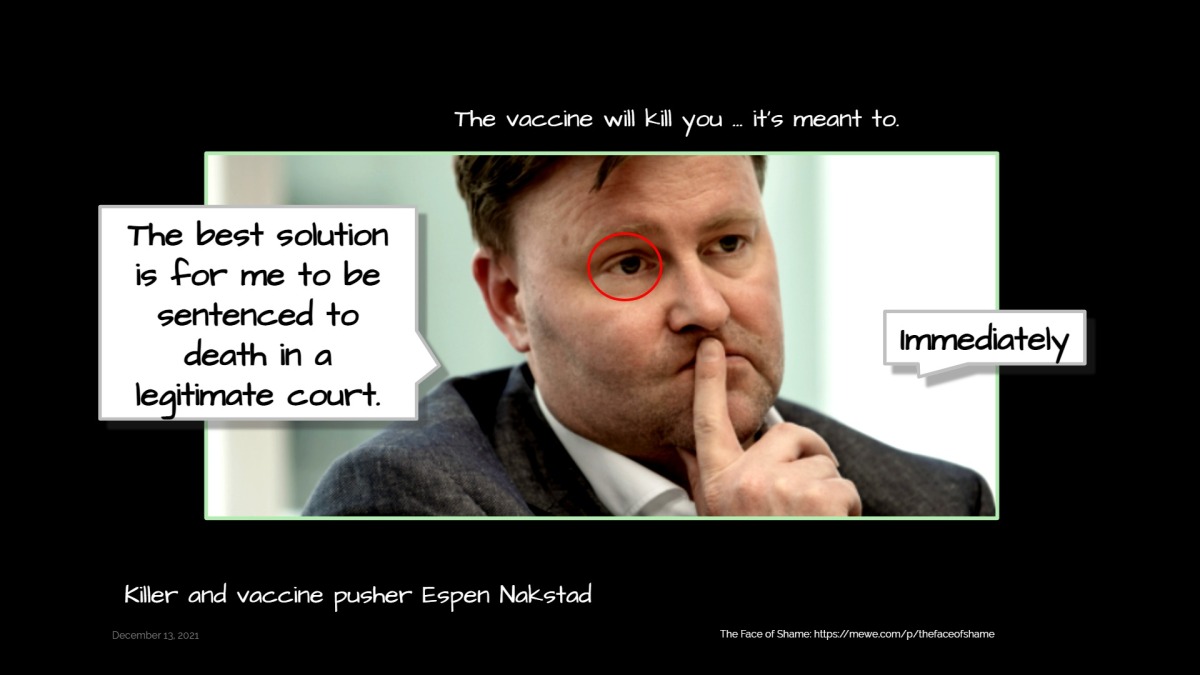 On March 28, 2016, me and my then boss notified me of embezzlement in the company we worked in. We notified the Norwegian government of this.

Immediately after this, both my family and my former boss’s family lost all our human rights in Norway. It turned out that the Ministry of Justice was one of the owners of the company we notified the authorities of…

We are black listed from all work in the country.

Subjected to terror by the authorities daily since. I mean, for almost 6 years. 3 attempted murder so far. After poisoning, I ended up at rikshospitalet in 2017. My boss ended up in hospital, with the «same deadly problem» six months later. In other words, it is the Norwegian authorities that are behind this. They kill dissidents as part of everyday politics.

Our former employer: Itas Amb AS The company has changed its name to «Oslokollega AS»

a new little video every day towards Christmas. It’s a nice warm-up to the holiday season that the authorities are desperately trying to sabotage.